Most have heard or read about cock fighting, dog fighting and even hobo fighting, but a strange new fighting craze has popped on the streets of L.A.: clown fighting. Police have shut down at least fifty clown fights, but now fear the phenomena could grow bigger as it spreads across the city. 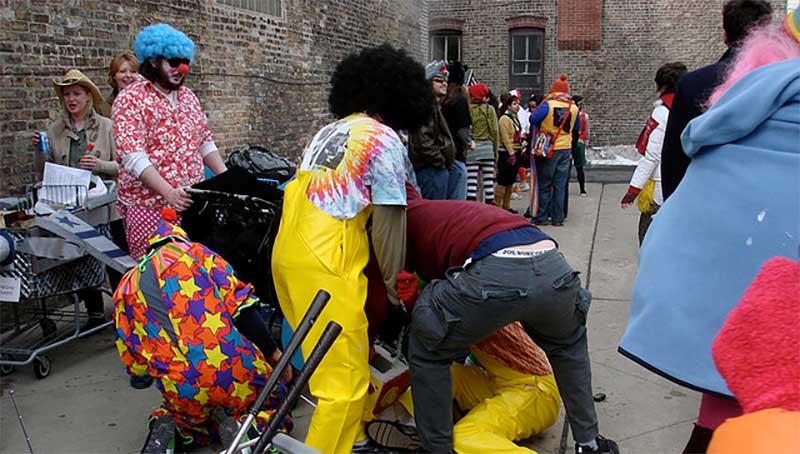 Above: Clown fight getting started

“It’s just illegal street fighting, which has historically been a problem,” Officer Ryan Gastin said. “But some wiseass got the idea to dress the participants up as clowns and it has just gotten huge because of it, gone way beyond street fighing. It mixes brutality with humor – a perfect combo for success.”

A typical clown fight draws a wide spectrum of spectators from college students to gangbangers. Bets can rise as high as five-thousand dollars.

A clown fighter recently out of jail says the police need to back off:

“We’re all consenting fighters. It’s not like we’re cocks who don’t have a choice. I’m making more money clown fighting than I did working as a cable guy,” Jibbly the Clown said. “L.A.P.D. needs to back off. Leave us clowns alone.”

Above: Jibbly the Clown – One of the most popular Los Angeles clown fighters